At the end of last year Google search data unveiled Australia's favourite dog breeds for 2019. By the stats it looks like designer dogs are losing popularity to the traditional, larger, protective breeds.

Did your FUR BUDDY make the TOP 5?

The Dobermann is one of the nobles of the dog-kind, sleek and robust, possessing both a magnificent physique and a keen intellect. The incomparably courageous and diligent breed is confidently among the best protection dogs in the world.

The Dobermann, or Doberman Pinscher in the United States and Canada, is a medium-sized breed of domestic dog, developed initially by Karl Dobermann in Germany during the late 19th century, mostly bred as a guard dog. Their exact ancestry is unknown but believed to be a mixture of many dog breeds, including the Rottweiler, Black and Tan Terrier, and German Pinscher.

Fun Fact: Herr Karl Friedrich Louis Dobermann was a tax collector, who moonlighted as a police officer, night guard, and dog catcher. He often found himself travelling with bags of money through dodgy parts of town at dark. With his access to the dog pound, Dobermann sought about breeding a canine bodyguard to keep him safe. He wanted a medium-sized dog that was refined but intimidating. The result was the lean and muscular Dobermann.

Rottweilers are known for being gentle playmates with big hearts. The Rottweiler is a medium to large size breed of domestic dog. Despite their size and fearsome reputation, the Rottweiler has an affectionate, obedient and docile temperament.

In German, the dogs were known as Rottweiler Metzgerhund, meaning the dogs of Rottweil butchers, because their primary use was to market livestock herds and pull carts laden with butchered meat.

Fun Fact: Rotties are adaptable to any climate. These rugged dogs could live everywhere as long as they have enough outdoor exercise. Their double coat characteristic lets them face up to any temperature. However, regular shedding is needed as they tend to shed a lot. 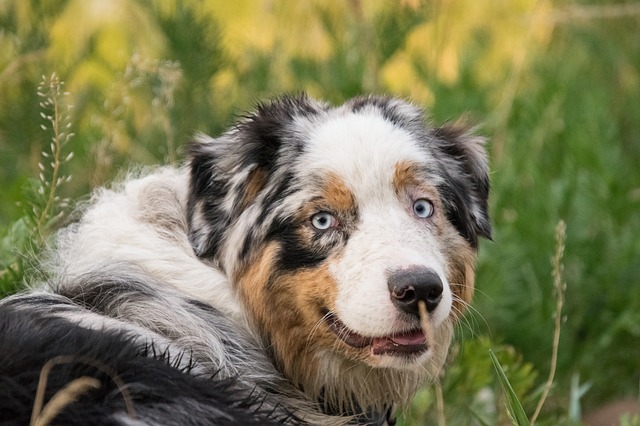 The Australian Shepherd, also known as the “Aussie,” is a medium-sized dog breed that was developed on ranches in the USA during the 19th century.

Fun Fact: The breed does not originate from Australia. The Australian Shepherd in all likelihood got here from the Basque region of Spain. Basque shepherds first took their dogs with them to Australia and then to America, so Americans called the puppies Australian Shepherds. The breed, as we know it today, was developed solely in the United States. 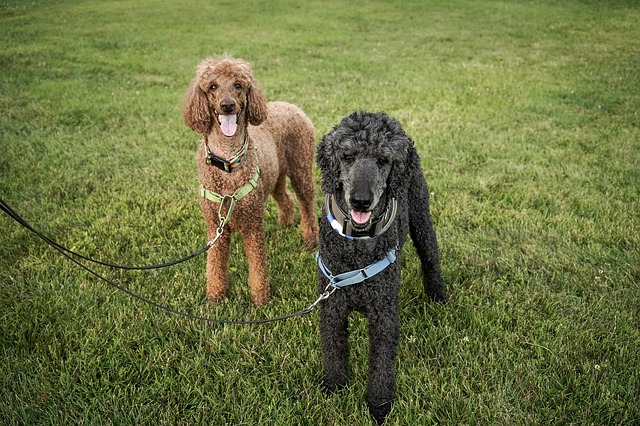 The Standard Poodle is a hypoallergenic breed and is a popular choice for those who are allergic to fur. The Poodle is a beautiful, noble dog with a short, curly or corded coat, distinctive almond eyes and thick, floppy ears.

Standing at 24 inches tall, the Standard Poodle weighs an average of 60 pounds and is the largest of the three Poodle breeds (Toy, Miniature and Standard).

Bred For: Retrieving through water

Fun Fact: The fancy haircut is not just for show! Poodles were bred for retrieving game and were jumping into freezing cold water, and they needed protection. Sodden wet fur would weigh them down, so hunters would strategically shear their hair. The pattern was designed to protect vital areas from cold waters. 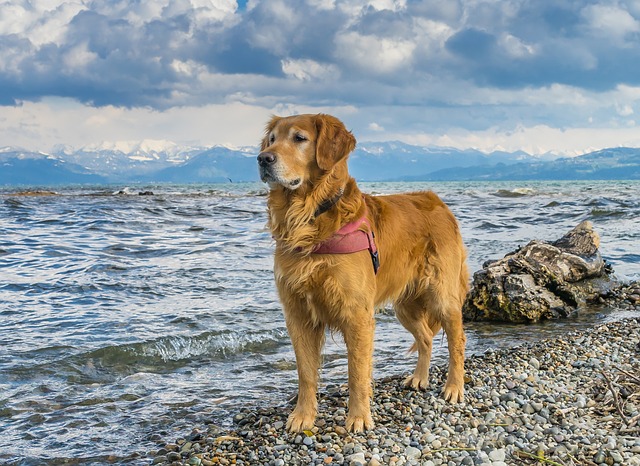 It is no wonder why the Golden Retriever is top of the list! The breed is one of the most popular family dogs worldwide due to it's cheerful, tail-wagging nature. With high intelligence, an even temper, and responsiveness to training, they make a popular choice for families and people with disabilities.

The Golden Retriever is a medium-sized gun dog that retrieves waterfowl shot during hunting and shooting events, such as ducks and upland game birds.

The word “retriever” refers to the ability of the breed to retrieve shot game undamaged because of its soft mouth.

Fun Fact: First bred in Scotland in the mid-1800s for retrieving shot game from both the water and land. Unfortunately, being lousy at their day job, they were crossed with the Water Spaniel to make the Golden Retriever breed we know today.

Tell us what you think of this list. Which breed do you think should be represented in this top 5?

Comment below we would love to hear from you!